Our Farm-to-Table Dinner event in partner with Schell's Brewery and Chef Lacey Leuth, of Lola - An American Bistro, was amazing, delicious, beautiful and fun. Here are a few photos from the event for you to enjoy. More photos can be found in the facebook album for the event here.

The event started off with an tour of the farm - we had a great sized crew out there! Thanks for bearing the heat to check out how we do things at Alternative Roots Farm. Here is John talking about our native prairie, which serves as our required buffer strip, as well as important wildlife habitat. 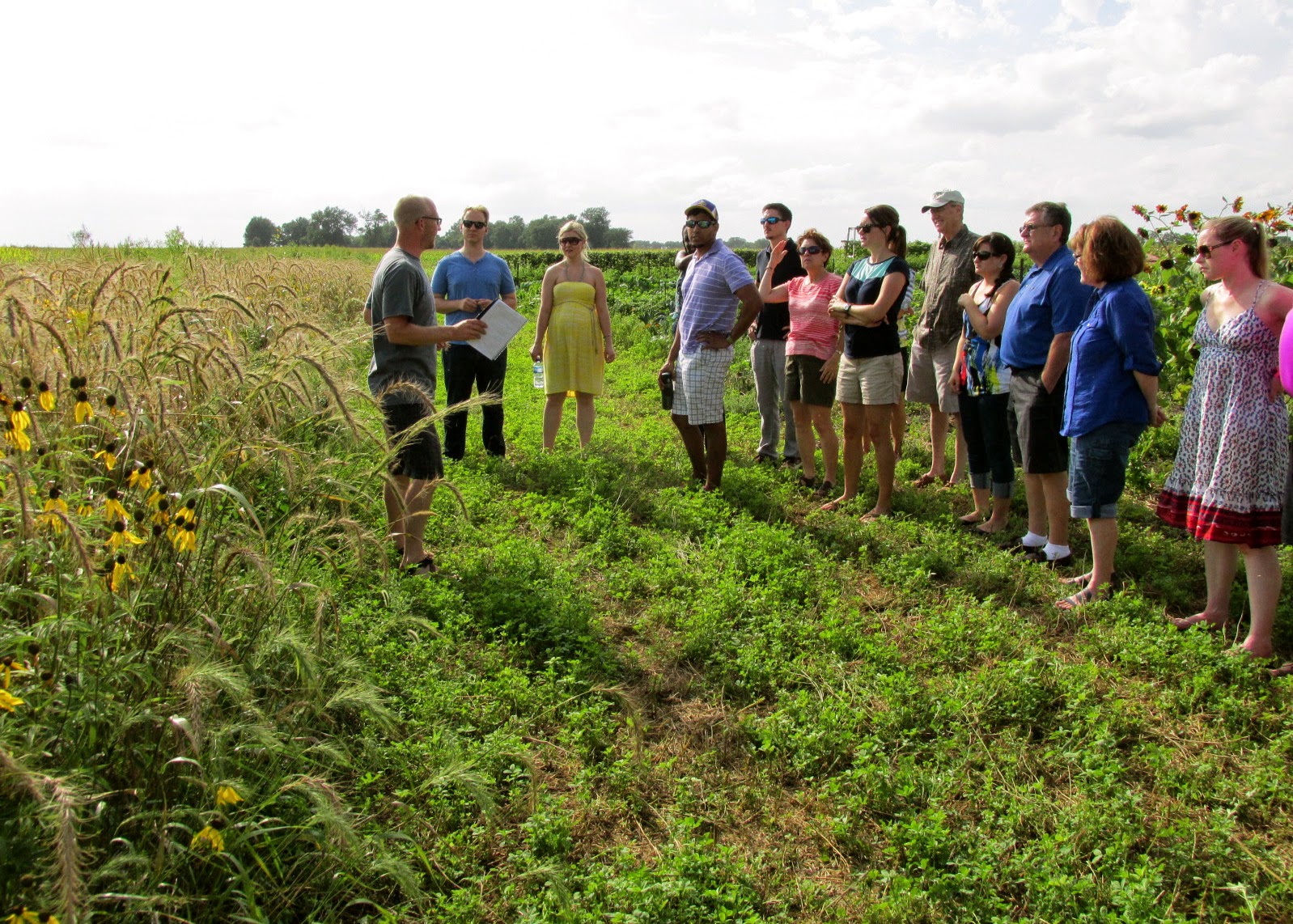 Getting settled in for some social time, with a Goosetown beer, at the brewery. The tables and setting were beautiful! 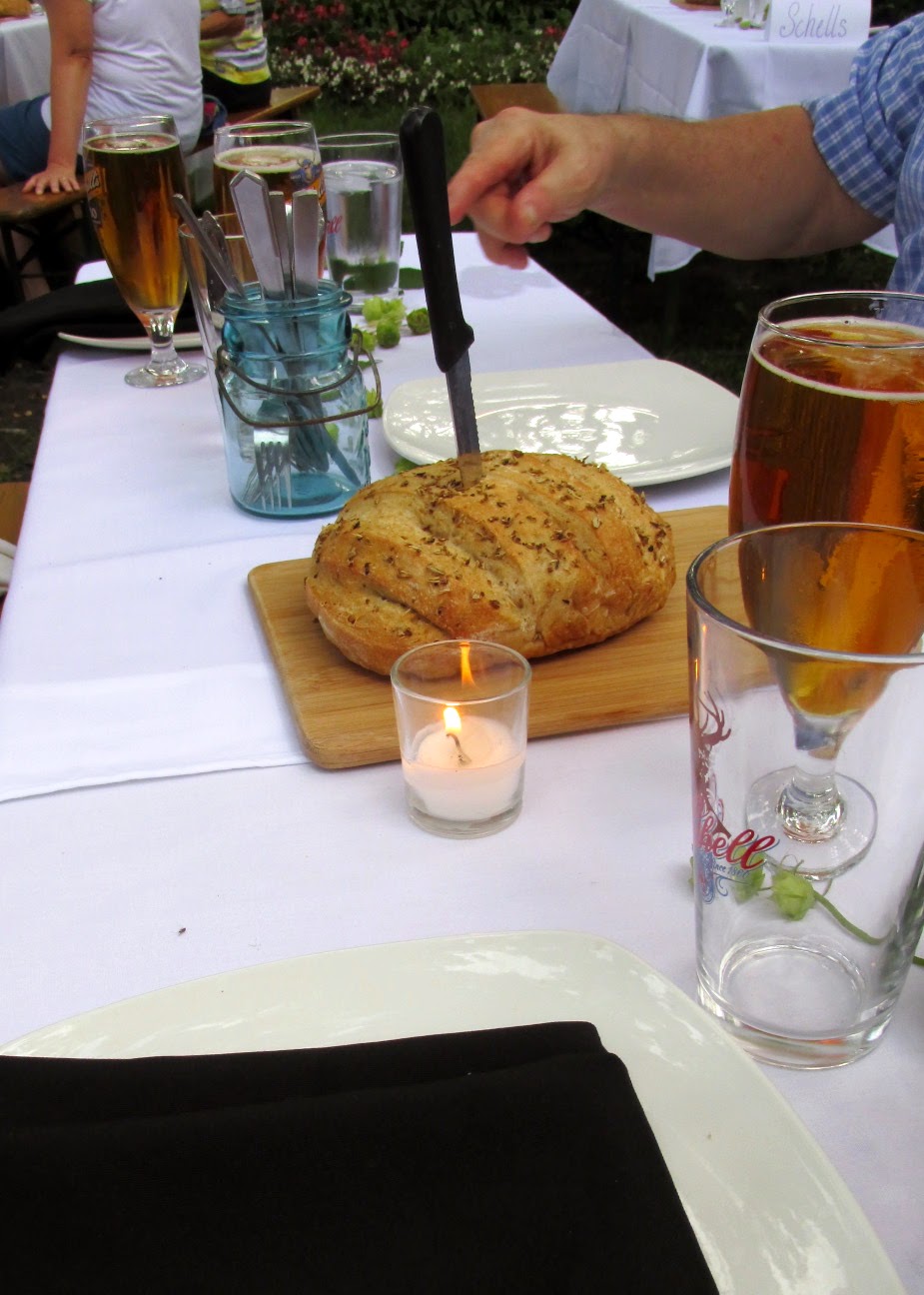 The dinner was hosted in the beirgarten at Schell's Brewery. The dinner featured seasonal fare from our farm, paired with six different local beers. 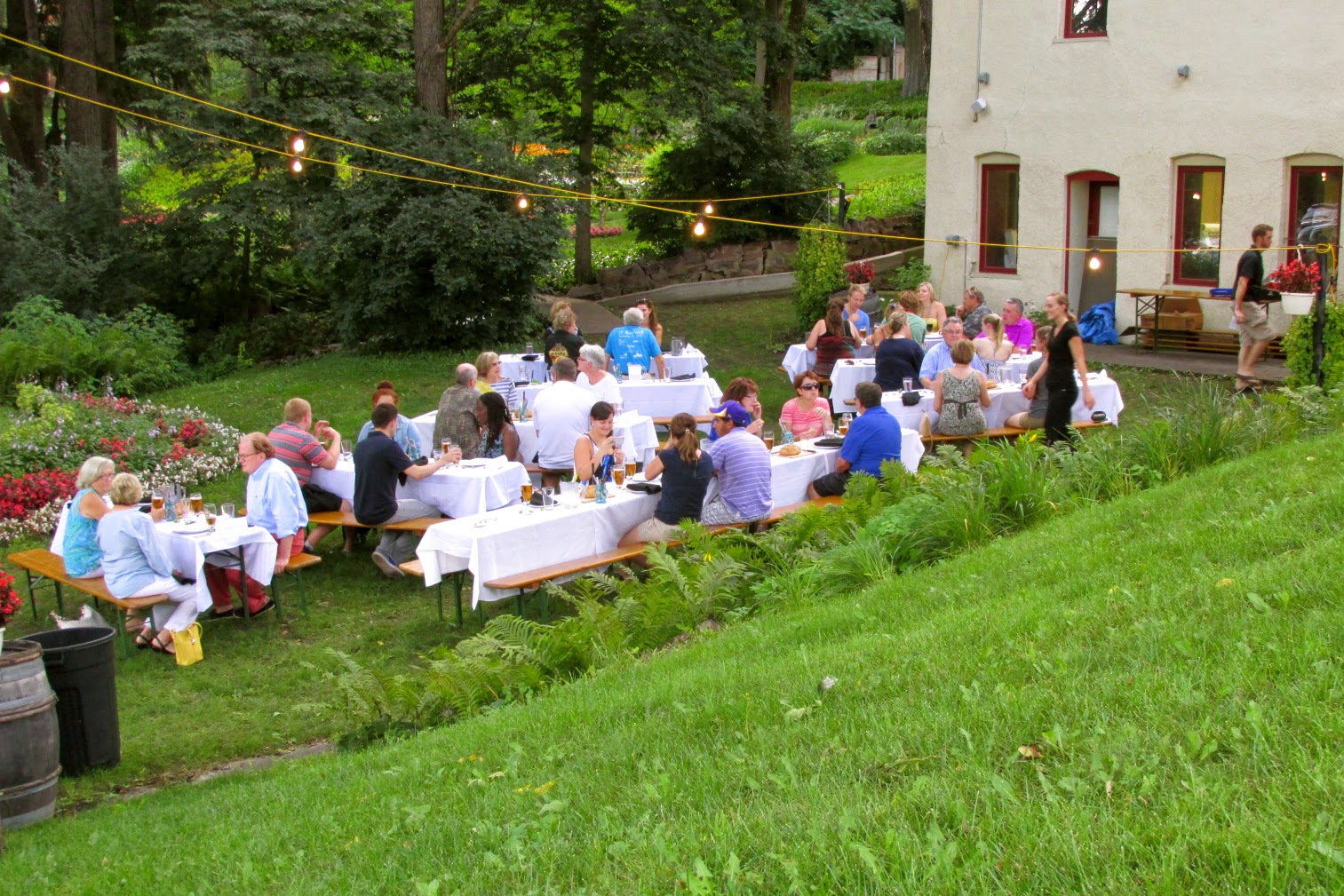 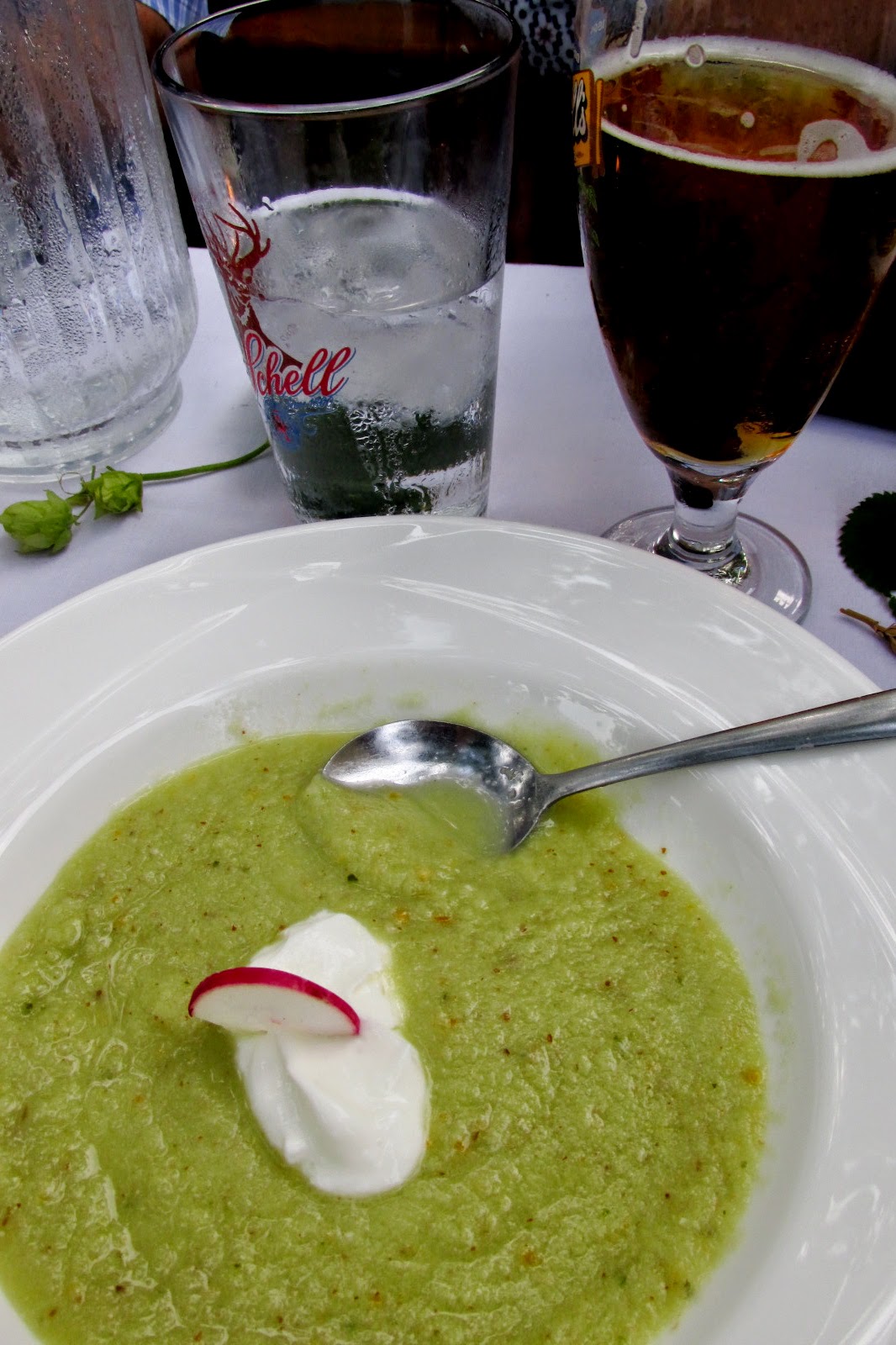 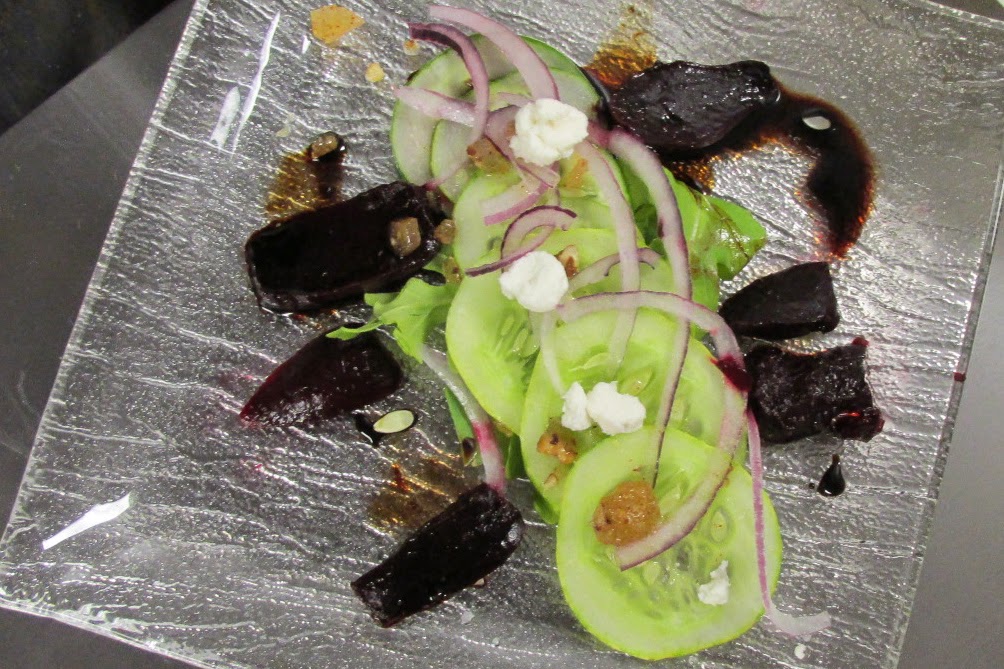 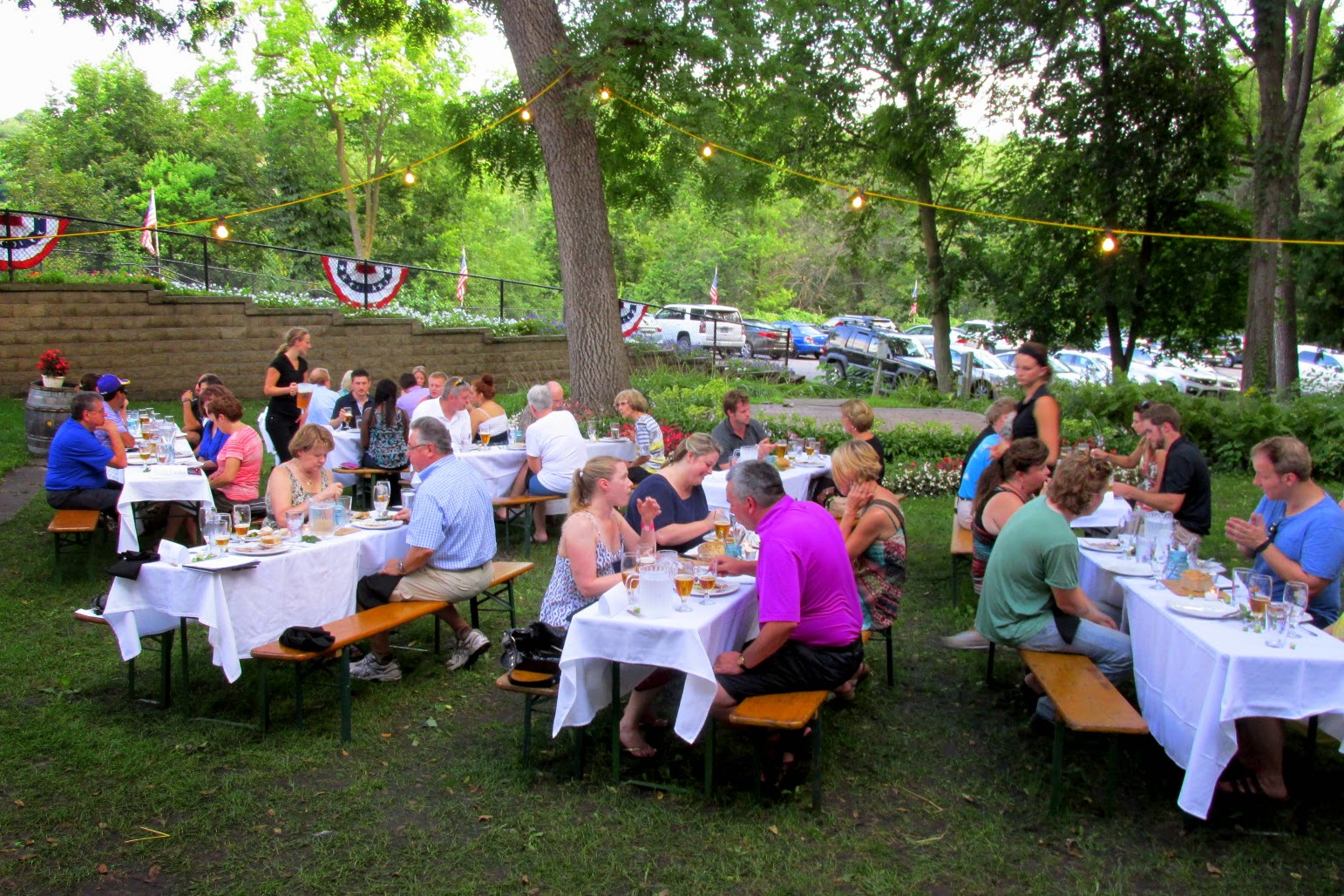 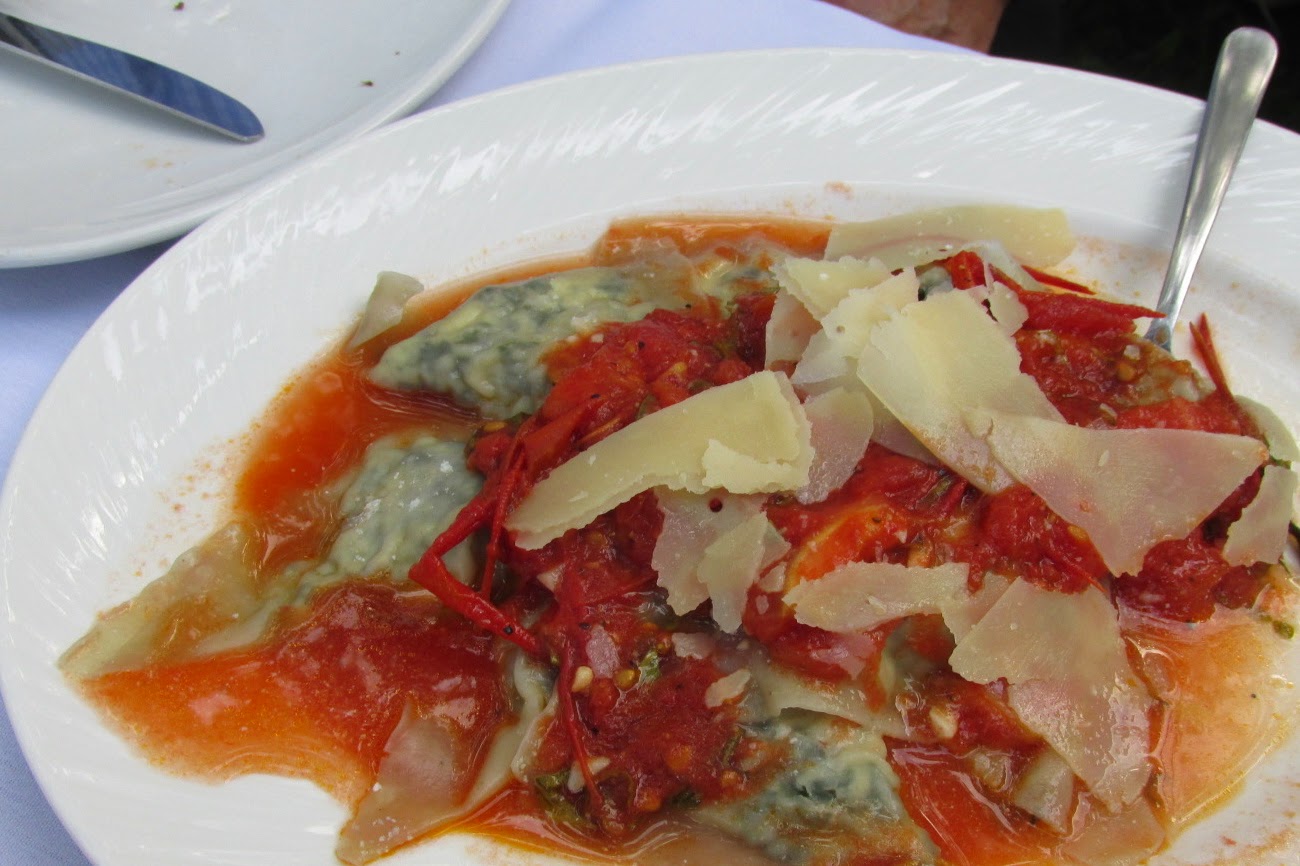 Chef Lacey dishin' it up and having a blast! 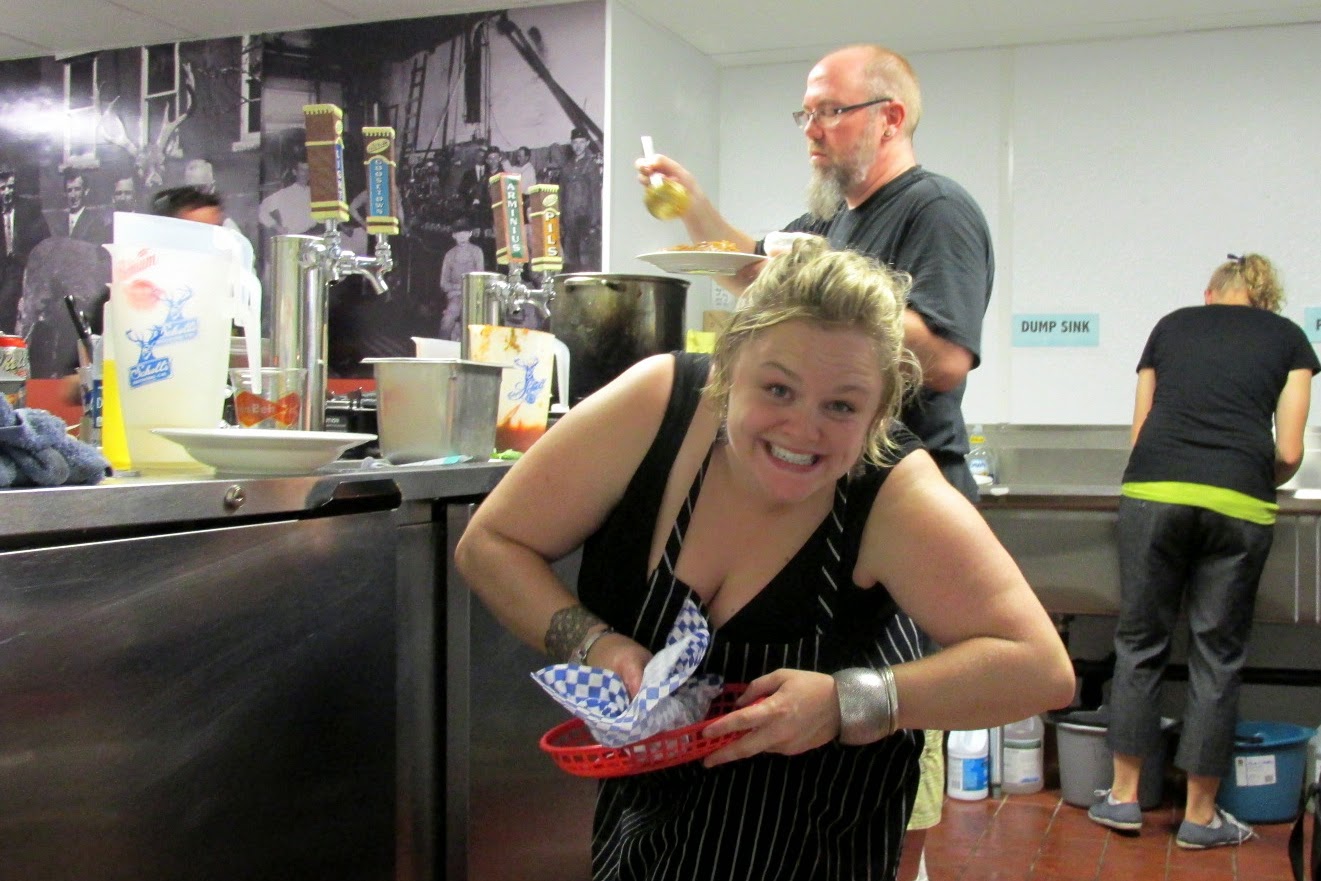 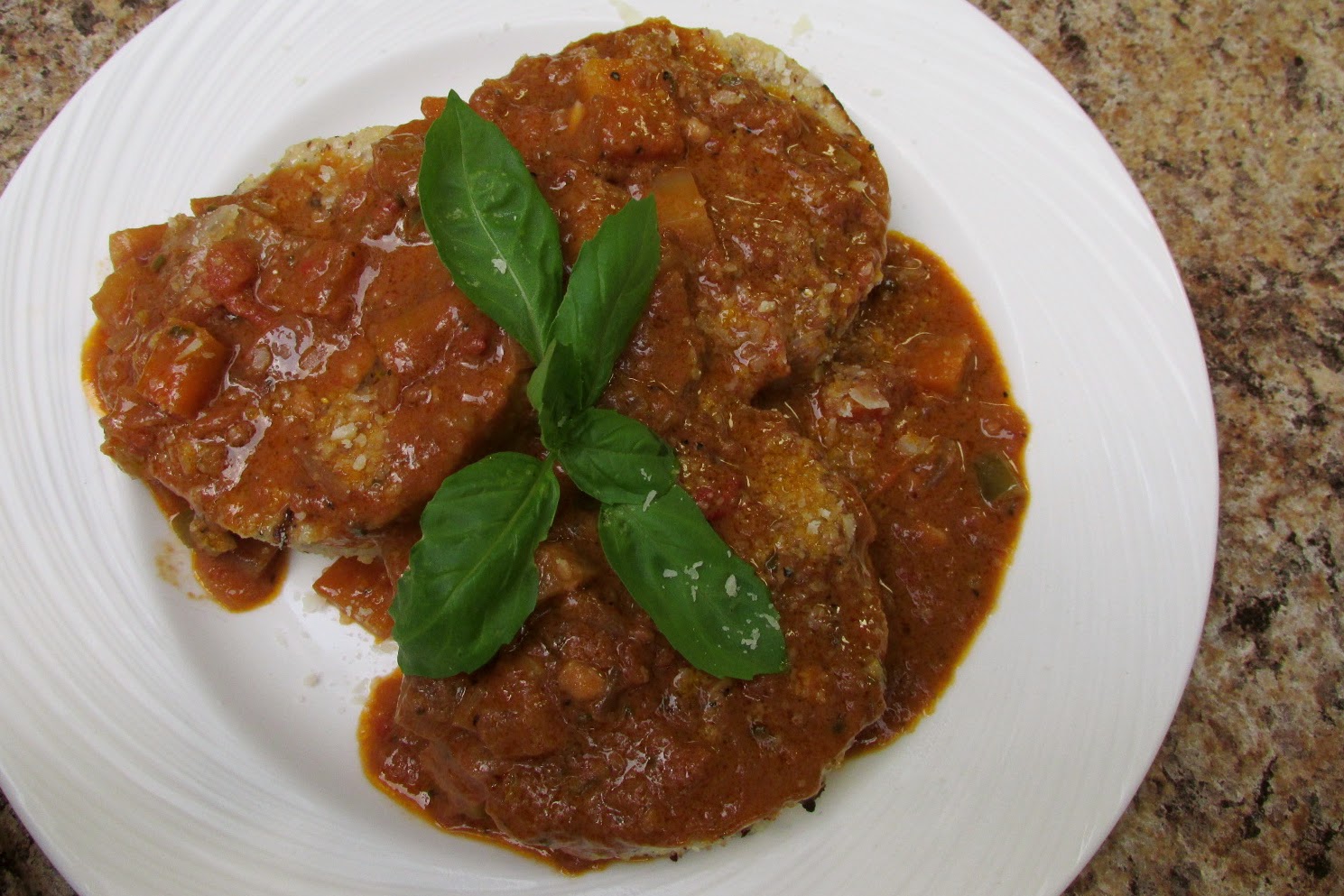 The tables were decorated with hops from the brewery, barley and blue glass wire ball jars from our farm and golden glasses of beer. 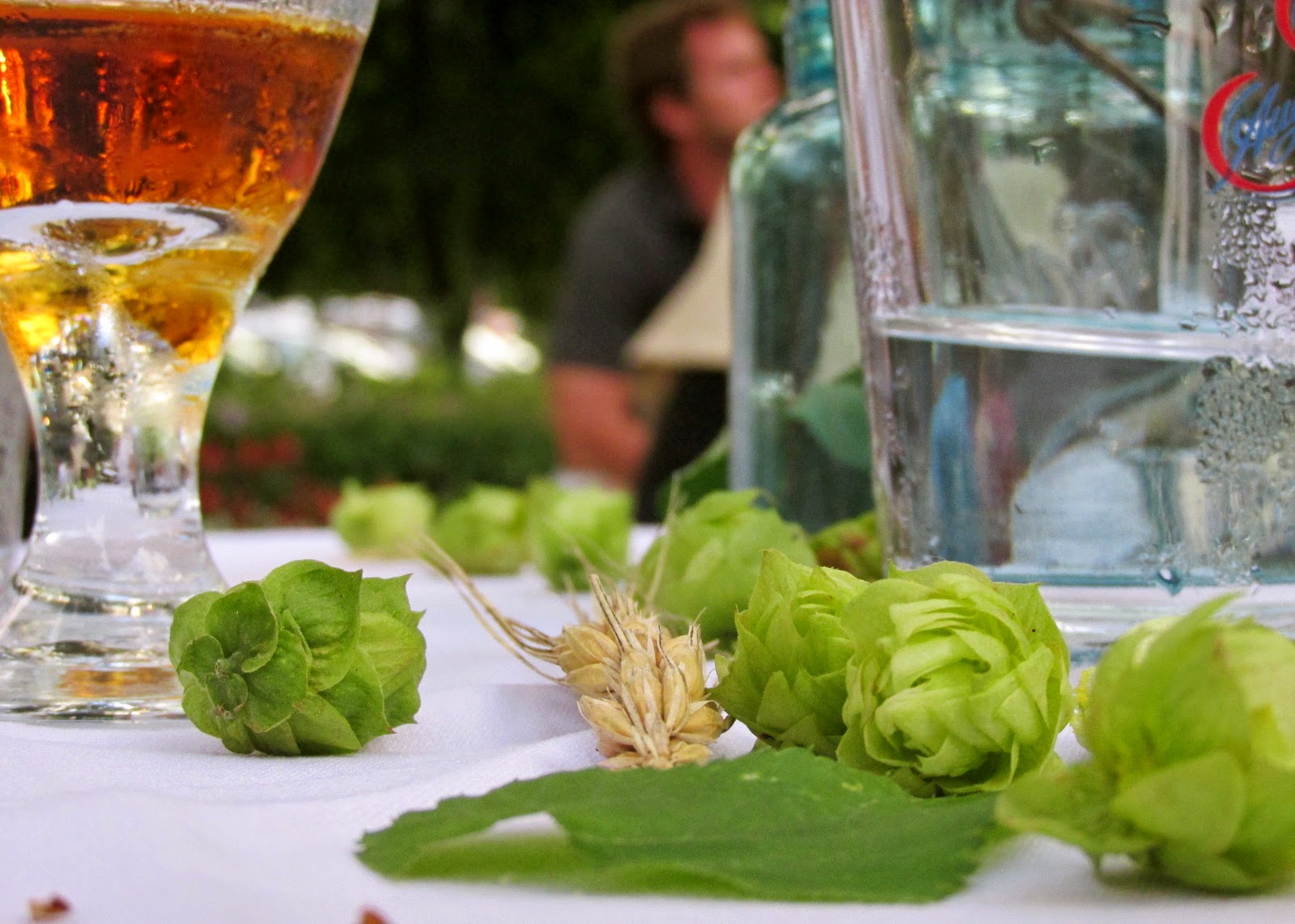 Fifth Course ~ Beet Sorbet ~ with a carrot coulis, apples and fresh mint. Paired with Black Forest Cherry, from the Noble Star Series - this was the release for this new beverage! 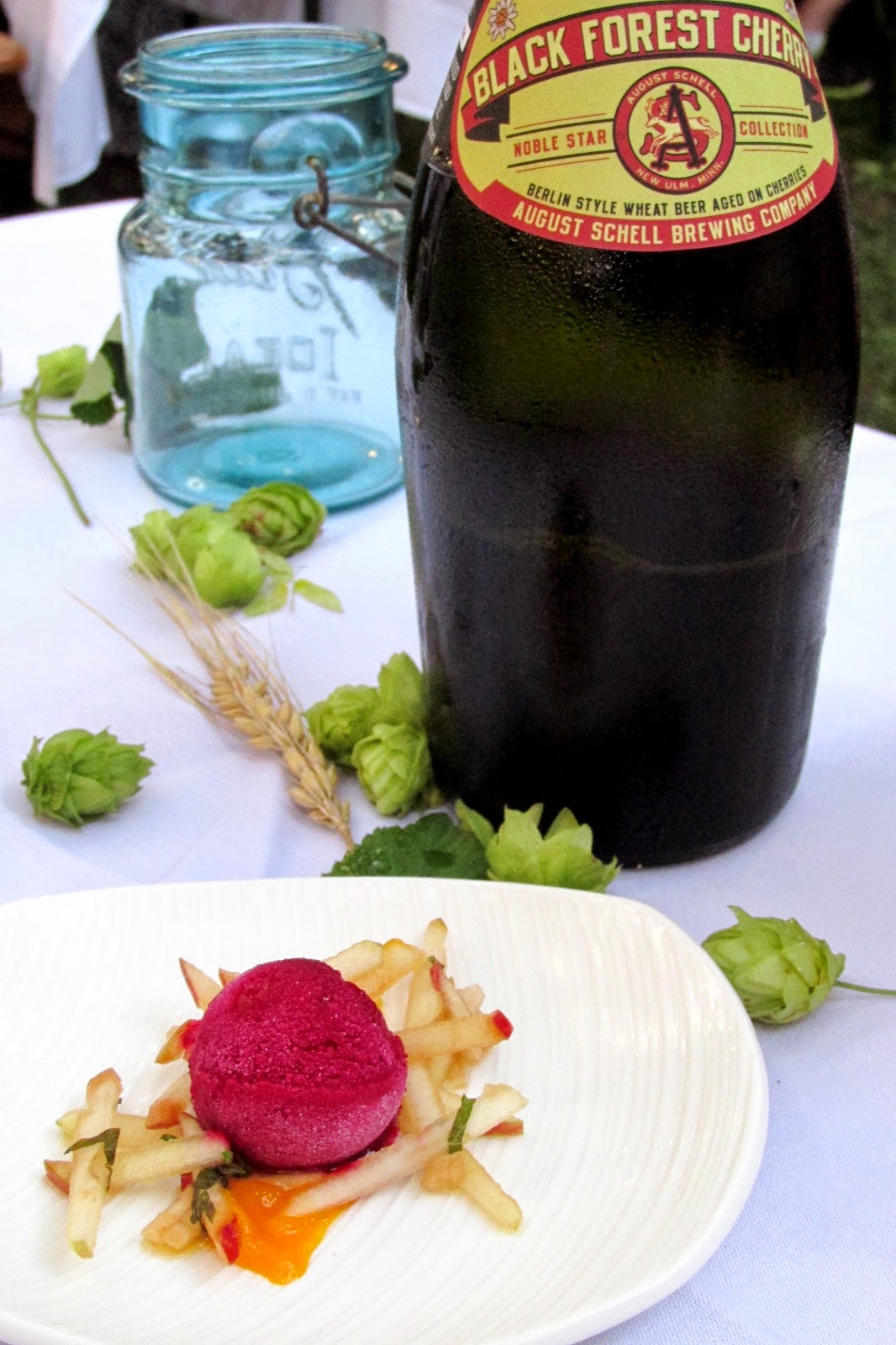 Sixth Course ~ Apple Tart ~ with caramel, cream and cinnamon. Featuring our early season Beacon apples, fresh homemade ice cream, by Lacey, and a caramel made with unhoped wort from the brewery. (Sorry I didn't get a picture, they disappeared fast!) 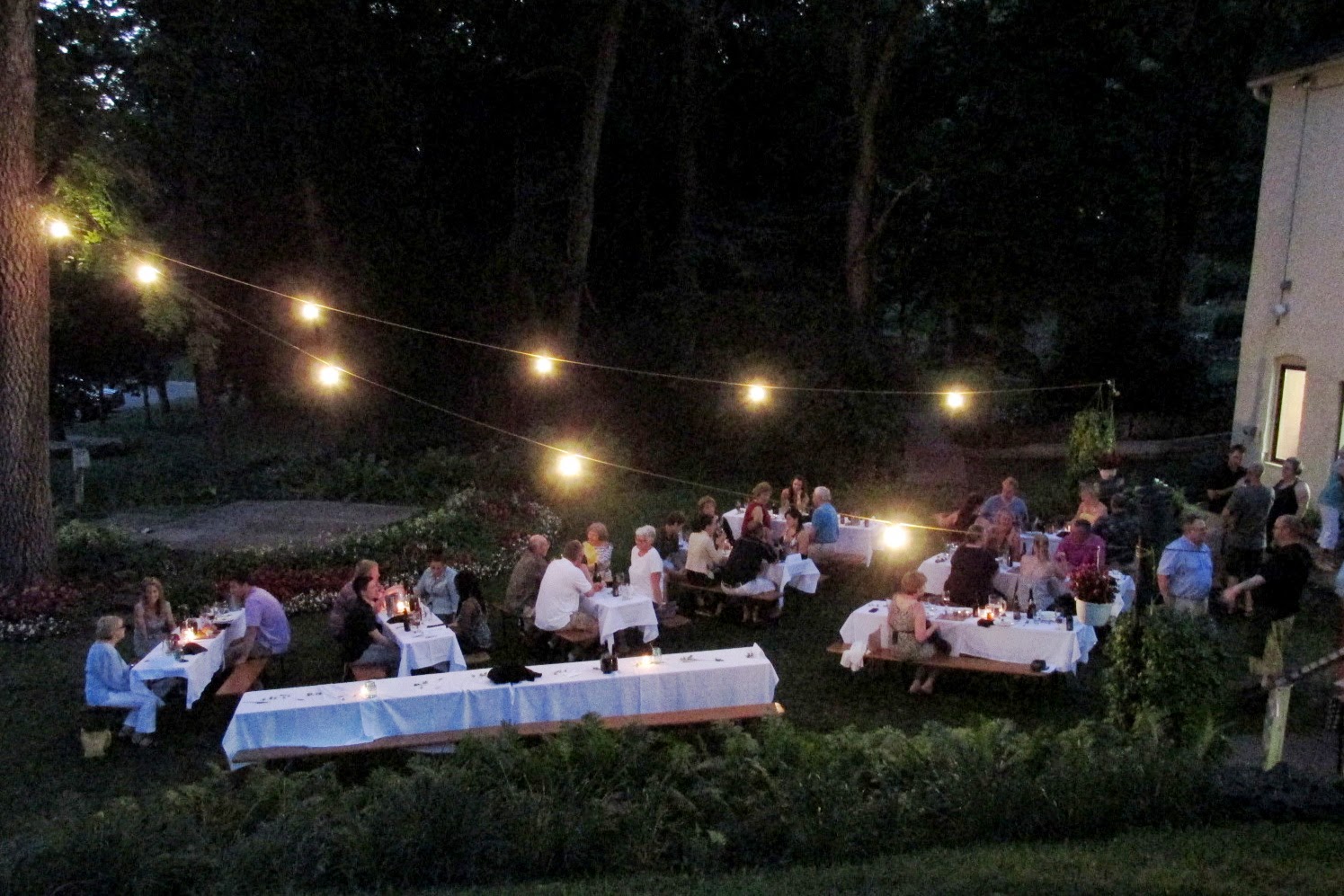 Posted by Alternative Roots at 8:15 AM